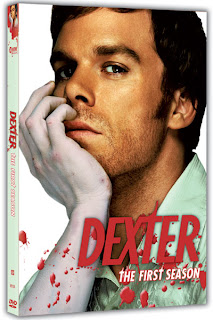 I don't watch scary movies. Why? They scare me silly. Anyone who knows me, knows this.

Respect my fear. In high school, a boyfriend sealed his fate as a certified "ex" when he brought the video of Arachnophobia to my house. And that's supposedly not even that scary. To this day, I'm proud of the fact I was able to get through Disney's Escape to Witch Mountain without losing sleep. Still, the stupid commercial for The Grunge--you know, the one where the hand comes out of the shower or the back of the girl's head or something--gave me nightmares.

Even now, as I write this, I'm getting creeped out. I just looked over my shoulder because I heard something.  I think it was the dishwasher. Or a bug on the window.  I'm sure it wasn't someone outside with a machete. Certainly not.

There it is again...

Oh, it was my shoe squeaking against the floor.

In my second novel, Lucky Charm, it took me two weeks (maybe a month) to write a scene. Why? Each night I dreamed of different ways to conduct a ceremonial killing of an ancient secret society. Finally, I decided on one rite simply to stop the barrage of blood and screams when I'd rather be dreaming of sugarplums dancing. Yeah, I was definitely a glowing bundle of sunshine that fortnight.

Which is crazy that I L-O-V-E Dexter.  There's lots of blood. Sometimes gore.  It's pretty sick. Dexter is a serial killer.  He cuts people up, places their bodies in trash bags, and tosses them off the coast of Miami. But he only murders really bad people...except that once. He's kind of like a Robin Hood who kills the bad to give life to the good.

And the show is so well written. Each season has a full blown, beautifully crafted story arc. You have to start at the first show to fully appreciate the greatness that is Dex.

So, I'm mourning that we finished the most recent season of Dexter.  (Psst. Please be amazing again when you return.  I already miss you.)

What does it say about me that my two favorite shows on television right now are Glee and Dexter?
Posted by Brandi at 10:26 PM