My husband navigated the winding road in the twilight.  In October, the bone-like trees might look creepy stretching into the crisp air and silhouetted against the sky, but the car was warm with contentment.

This, I thought, this is one of those days I longed for when doctors told us a family wasn't in our future.

Sometimes I time my kids to see how long they can go before whining or doing something obnoxious to the other like Alexandra kicking Max or Max telling her everything she does is wrong. (FYI: This morning the record was 8 minutes.)

But this weekend was filled with those moments of wonder a to-be parent longs for. 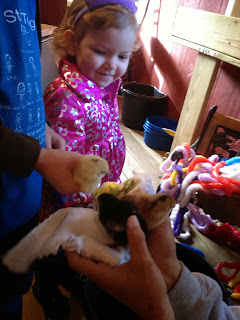 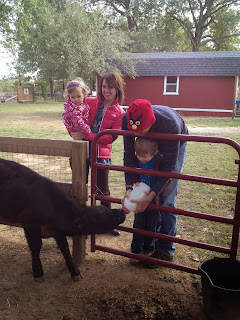 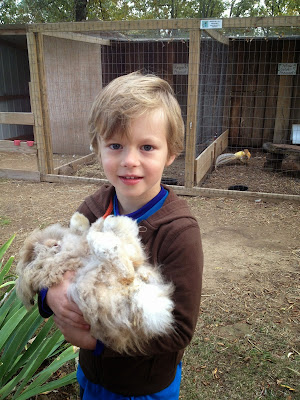 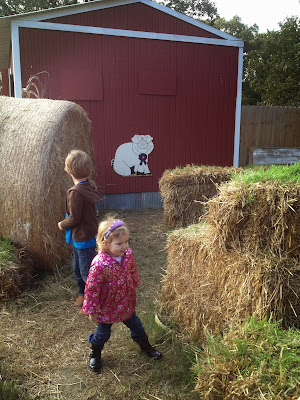 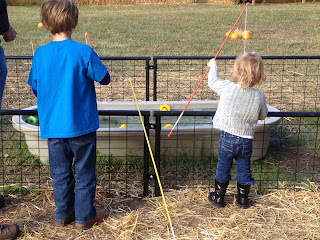 and a princess with her pumpkin.

We topped off the day with dinner at Soda Steve's, a fun soda shop that would fit right into a show like Gilmore Girls or Hart of Dixie.

The next day we decided to take our little knight and princess to the Castle in Muskogee for Pumpkin Kingdom.

Lots of scary things lurked within the castle walls and in the village after dark, 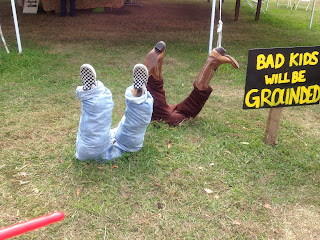 but we opted for a hayride, 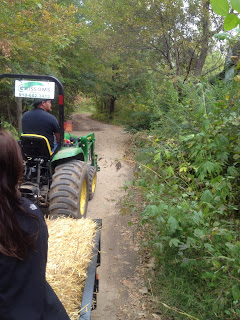 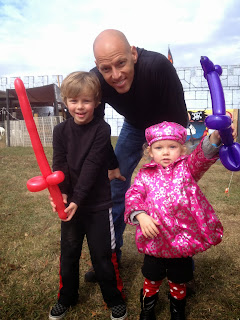 and a bouncy house (apparently, this was scary). 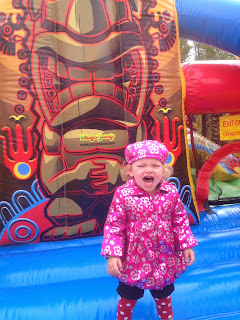 We had a great weekend with our little pumpkins. 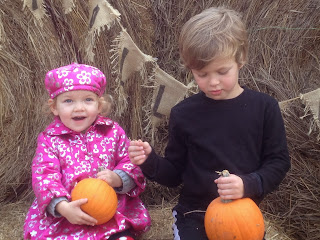 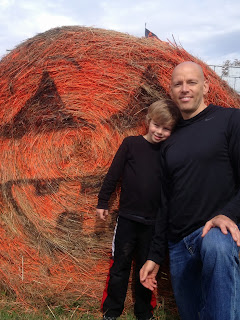 And I'm so glad. Making memories is important.  One never knows what's lurking around the bend. 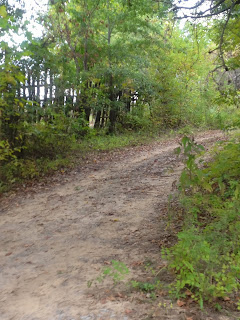 (For me, I'm pretty sure it's a mountain of laundry populated with giant dust bunnies.) 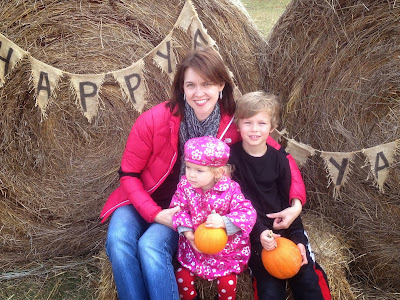 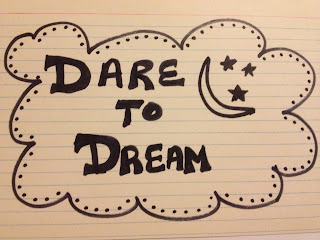 My children wear orange and black stripes. I want to support the town I live in, my parents' and children's hometown. I even bought a shirt with the word Tigers across the chest.

But it doesn't change the fact that my blood still runs like a Bulldog's.

I remember the dance to the fight song and am not afraid to do it.
When I feel the bass drum of a marching band in my belly, I see red and black. When sneakers squeak on a gym floor, I remember slam dunks and three pointers and open mouthed opposing teams. When I walk in a theater, I feel at home.
When a football team rushes a field beneath a star-studded sky, I breathe deeply and wonder when the news helicopter will arrive to catch footage of our record-breaking running back and a team with heart.

That's what I remember most about my high school: heart.

When I hear someone (from another school, obviously) speak with anathema of their classmates, it saddens me. They missed out on so much. I'm not saying heartbreak and humiliation didn't happen to me or others--we were teenagers, after all--but there is so much more to treasure from those years. And the hard stuff taught me things. It was a good place to grow up because I was lucky to grow up with nice people.

And that can make all the difference.

I graduated with about 103 others.  In middle school, our class was twice that size, but closed factories, an oil bust and the economy caused a mass exodus. Maybe watching so many leave made us hold on to each other a little more.

We called ourselves The Class that Makes Traditions.  Yeah, we had a motto. We knew we were special.

I missed my reunion this weekend.  Many things prevented me from attending, but on the morning of the reunion I thought the stars had aligned so that I could at least make the parade, tailgate, and game. For a couple of hours, I was ridiculously excited.

But, we had two people out at the office. Then, my daughter got sick.  Then...

I went on Facebook to wish a classmate a belated birthday. After posting a cheery message on his board, I scrolled down.

My heart stopped. My throat burned. I didn't like the messages before mine. As I sent a text to two of the reunion organizers who were probably herding classmates toward a parade float, I prayed that Jimmie was there with them. That I'd misunderstood the messages.

Then I received messages from other classmates asking if I'd seen his wall and wondered the same as I.  We watched Facebook. Eventually, someone posted that he'd been in an accident that morning and had not made it.  I deleted my birthday wish and added a comment of condolences instead.

I went to school with nice people, and we lost another one. Jimmie's smile, and orneriness, and energy will forever be a part of my memories and my life. Thank you for that, Jimmie.

And thank you to my classmates for being such a fun and loving group through the years.  Thank you for your heart.