In God we trust
--official national motto of the United States

Just do it
--Nike

And ye shall know the truth, and the truth shall set you free
--CIA

Journal: Create a motto for a business, government, club, or individual. Explore the repercussions (positive or negative) if it is followed to the extreme.
Posted by Brandi at 5:11 PM No comments: 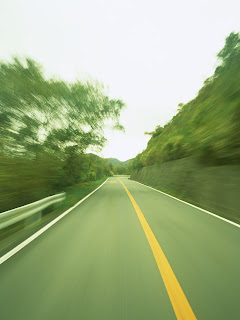 Shorts and flirty dresses hinted it was almost here. Accents from around the country floated on the air as parents of the local university students picked up their kiddos.

But one place indicated school was out for the k-12 students in my town.

For my readers who live in small towns, you know that for better or worse this store reflects the heartbeat of the people living in the area. Yesterday afternoon was no different.

Yesterday I strolled past the hardware aisle and stopped and stared at the automotive section. It looked like the holiday sales they show on the news--minus the crazy. Talking excitedly, the teenage boys packed the two aisles. Their eyes shone as they examined various car waxes and doodads.

Summer has arrived. They have wheels. Freedom is theirs.

Enjoy.
Posted by Brandi at 5:38 PM No comments:

Email ThisBlogThis!Share to TwitterShare to FacebookShare to Pinterest
Labels: summer

I play the piano.

Ever since the sixth grade, I've played the same repertoire when I've had enough of the world. I begin and end with Hayden's Gypsy Rondo. In between is a lot of Beethoven--the man's extremes complement my moodiness. When I calm down, I turn to Clementi's sonatinas, which remind me of songs that should emit from a delicate music box. Who can be stressed when your fingertips are creating happy, playful music?


Journal: Write a slice of life where we see a character's method of relieving stress. Next, write a scene where the character encounters a need to relieve stress...and that option is not available. What happens?
Posted by Brandi at 4:55 AM No comments:

When G and I travel, we like to do tourist-y activities and then observe the local wildlife. We prefer to eat and hang out with the natives. Even though we miss friends when they move away, we're always excited we have another potentially cool place to visit. Seeing an area with someone who lives there never fails to enlighten.

If you visit eastern Oklahoma during May, you should definitely attend the Stilwell Strawberry Festival Parade. It's not Wrigleyville in Chicago during a Cubbies game. It's not Melbourne during an Australian football game. It's not NYC after a Broadway show.

But Adair County Oklahoma is different--with a flavor all its own.

They have more princesses than Disney World. Of course, the Stilwell Strawberry Festival Queen had a float, as did her three runners-up. But there were also the princesses and courts of Cinco de Mayo, Cherokee Nation, Keetoowah Band of the Cherokees, Winter, and Loyalty. (I still don't know what those last two are, but one of the little princesses wore a fluffy dress and waved from the hood of a car with a Confederate flag as her cushion. No kidding.) That's a lot of royalty.

Bands played. Politicians kissed babies. Lollipops, doodads, and propaganda were distributed. What looked to be a homemade armored vehicle for the local police rolled down the street with smiling teens lounging atop it. A firetruck's siren sounded periodically. Police cars flashed lights. A bearded lady from the carnival kept trying to steal from our diaper bag.

The parade ended with the rodeo crowd. We smelled the horses before we saw them. Hundreds of them. Many of the parade riders were real cowboys, not just the weekend, country-dancing kind. And these modern cowboys had their royalty, too. In fact, my cousin's daughter was the Rodeo Princess.

Clocking in at an hour and forty minutes long, the festival parade was still shorter than the Rose Bowl Parade at two and half hours. Unlike watching the Rose Parade, however, I never grew bored. Trust me. If you ever visit, you won't either, because you won't know what to expect.

And word has it that the strawberries are good this year.
Posted by Brandi at 6:02 PM No comments:

Email ThisBlogThis!Share to TwitterShare to FacebookShare to Pinterest
Labels: travel

Michael had a knack for turning any conversation towards roller coasters. The dimensions and history of these massive machines were ingrained in his memory. People who didn't know him by name knew "the roller coaster kid." His dream was to create an amusement park consisting entirely of roller coasters he designed.

Click here for a variety of roller coaster pictures across the USA.

Not everyone takes their passions and lives them as fully as Michael.

But what if they did?

Journal: Identify your passion. Create a character fully dedicated to this passion. Explore the conflicts and benefits involved in wholeheartedly pursuing it.
Posted by Brandi at 8:50 PM No comments:

Garrett and I attended Hypopanty this week.

It is pronounced hie-pop-un-tee, not hie-poe panty, regardless of how much more fun it is to surprise people by using the word "panty" in a professional setting. Hypopanty is a Greek word for "meetings," and it is the name of Oklahoma's annual insurance conference.

Does anyone else find it ironic that a group of insurance agents hold a conference few can pronounce and fewer can define?

Name aside, it was a surprisingly inspirational gathering. Insurance events often make me wonder if the organizers place bets on how quickly they can put people into REM sleep. Skilled speakers have a lot to do with it.

Dr. Jeffrey Magee from Tulsa, Oklahoma, spoke for six hours during the conference. The Sand Man didn't tempt me once. Dr. Magee was dynamic, informative, and enthusiastic. Since I paid attention, I know he'd probably prefer I say he is "successful" and doesn't "succ." But I'm going to say he is magnificent. I've rarely taken so many notes in any session. Not only did I fill my handout with his sales tips, but I also observed HOW he presented and scribbled that data in a notebook, too. If you need a motivational speaker whose focus is on success, check him out.

And neither did Hypopanty.
Posted by Brandi at 10:04 AM 3 comments: 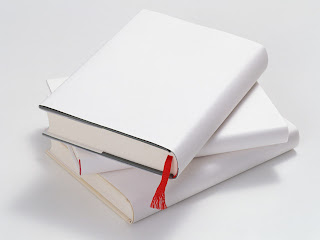 In the last couple of years, big changes rocked the steady boat of my life--new baby, move cross country, new book, new business. My writing time is limited, sacred. Since I feel like I have multiple personalities these days, I've wondered just how my son sees me.

While visiting the office today, he hopped up on a chair beside me, which happened to be in front of a typewriter. Pressing his little body against mine, he clicked away and then paused to beam at me. "I'm typing, Mama." Then he went back to clicking, taking the opportunity while he still could.

Each year Oklahoma is home to an annual writing conference. Each year, my Inklings and I attend. We're the ones at the contest banquet shaking our "hallelujah basket" and wearing tiaras in celebration.

Here are a couple of Inklings with the hallelujah basket:
But this year I cheated....or at least I feel as if I did. I showed up for lunch, hung out that afternoon and went to the banquet. No conference. No sessions. That won't happen again. Not only did I not get to visit with friends I only see once or twice a year, but I missed out on some great speakers. Luckily, I was able to chit chat with a couple of agents after the banquet and they reinforced an idea I've been working on making a reality.

Stay tuned for some exciting news regarding my young adult book GLAMOUR.
Posted by Brandi at 6:17 PM No comments: