When Max threw up on me, I should have taken it as a sign.

Garrett had left for his Hotter 'n Hell bike ride Friday morning. He was supposed to return Saturday night and help me get ready for Max's birthday party Sunday afternoon.

But I had many things ready. My mom had helped me back six dozen cookies to represent Cookie Monsters stash. I'd completed most of the interior party decor. I had the table set up for everything but food. The lawn was mowed. The house was clean.

Alas, no party. My cousin's family and mother-in-law traveled three hours to learn Sunday morning that the party was off.

I kept thinking he was having drainage or something. He is so rarely ill. I mean, who gets sick just in time to miss 27 people celebrating your birth? It's a joke of the cosmos.

My child is the holiday kid. First, we thought we lost him when we were celebrating Valentine's Day/wedding anniversary. Then, we thought we were going to lose him on my husband's birthday which (I thought) I'd cleverly scheduled as the same day as the boy/girl identification day. Then I went into labor on Labor Day. He had no interest in setting out cookies for Santa last year because he got sick on Christmas Eve.

So, I should have known the poor little guy would wake up with a 102 degree fever on the day of his party, right? It's not like he didn't warn me. After all, he did throw up on me two days before.
Posted by Brandi at 9:12 PM No comments:

Because I've been such a nerd this week about this little series of books called The Hunger Games trilogy, I figured I might as well use it as my journal.

Suzanne Collins tells the reader everything he or she needs to know about the main character in the first four pages, and it could be argued she does it in two.

Don't believe me? Read a sample.

See what I mean?

Sure, she grows and changes throughout the novel, but the core of her is right there in the first few pages.

Journal: If you're writing a book, look at your first few pages. Do they hint at the whole story?
Posted by Brandi at 8:35 PM No comments:

When I finished the sequel to The Hunger Games, I immediately tried to download the third one on my Kindle. It wouldn't work because it wasn't due out until...tonight at midnight.

So, I did what any other sane person would do who'd just found a book she was passionate about. I read one and two again. Yep. Not only did I read one book again, I read two books back to back.

It's such good writing that everyone in our office--except for my dad, but including my husband--has read the book.

Okay, Mockingjay. Bring it.
Posted by Brandi at 8:19 PM No comments: 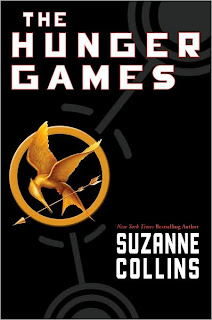 I. AM.SO.EXCITED. Excited, I tell you!

This summer, I fell in love.

My friend Sonia brought me a book to read called The Hunger Games.

Yes, of course, I'd heard of it. But, I'm going to be honest: the cover didn't appeal to me and I never looked beyond it. It looked so...serious.

Yes, of course, I'd heard it was an amazing book. But I'm not one to jump on a bandwagon.

So, I picked up that book, took a deep breath, remembered that Sonia doesn't recommend bad books, and started reading.

Before the end of page two, I was in love.

My husband booked a sitter (my parents) and made reservations at The Canebrake. As if that's not enough, he also booked a couple's massage. Yay! I'm really looking forward to gourmet food (locally grown and often organic) and good wine. Did I mention the massage? Double yay!

He definitely earned a gold star for the day.

Journal: Write about an indulgence.
Posted by Brandi at 7:50 PM 2 comments:

Journal: Write about a wavering trust.
Posted by Brandi at 12:52 PM No comments:

It's almost here! I'm gearing up for my baby boy's 2nd birthday party. So many party ideas are available online, but I finally settled on a theme I know my little guy loves: Sesame Street. Check out the piles of stuff I have out already. There's even more in the closet. 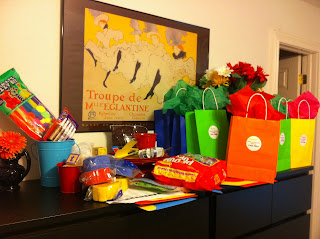 My little birthday boy helper and I made the invitations with bright cards, stickers, and a glue stick. it was pretty fun. Each invitation was unique. Enclosed with each invitation was a sheet of stickers showing classic and new Sesame Street characters.

Front: "Elmo's friend Max is turning two.
Inside: Along with party details, we invited attendees to wear something in the color of their favorite Sesame Street character.
Back: "Max's party is brought to you by the letter M and the number 2." 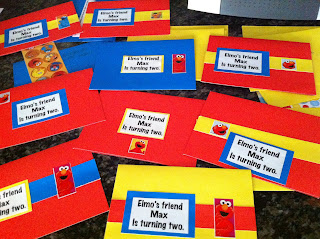 Over the last two years, our family has gone through a lot of those canned "cheesy pouf" snacks from Gerber. I always felt so guilty throwing them out and decided to use them for the party, so my friend Coleen and I covered them with felt. Wait until you see the activity I have planned for the party! 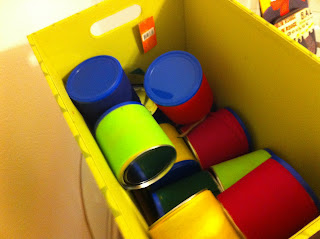 The takeaway bags are cute. I stalked the dollar bin at Target and came up with Sesame Street coloring books and picture books. At Walmart I found packages of those Silly Bandz that seem to be the craze. These fit my theme because they were numbers and letters. Also at Walmart, I found sticker sheets where you can build your own monster. Since Sesame Street is filled with monsters, it was a perfect fit! 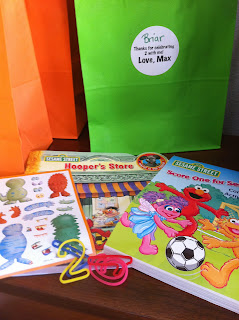 I'm so excited to see how much my Max loves the party.
Posted by Brandi at 12:30 PM No comments:

Tim Long and Jerome Johnson--two of the nicest guys from my hometown--created a musical called Roofless. It will be at the NYC musical theater festival in September. I'm so proud of them and hope to see it on Broadway soon.

Journal: Write about a dream becoming reality.
Posted by Brandi at 8:55 PM No comments: 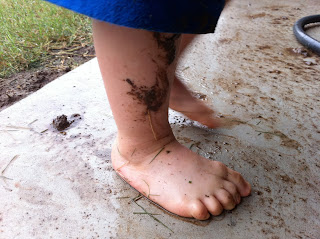 Journal: Write about playing in the rain.
Posted by Brandi at 7:57 PM No comments:

Only three days a week.

It will be good for him.

Can't let him be the kid who double-dips in the chip bowl at parties or picks his nose at recess.Heneedsfriends. Studiessayit'sadvantageous. He'llbehealthierwhenhereallystartsschool. Itwillbegoodforhim.It'llbegoodforhim.IT'LLBEGOODFORHIM.

So, because we love him so very much, we loaded our miniature man into the car and sent him to "school." 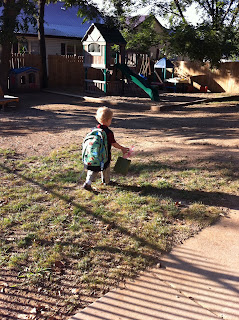 Did you see the bag in his hand? You may have missed it because the backpack dwarfs his tiny toddler body. Here it is: 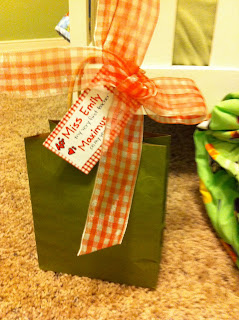 Inside, I placed an apple pump hand sanitizer from Bath and Body Works: 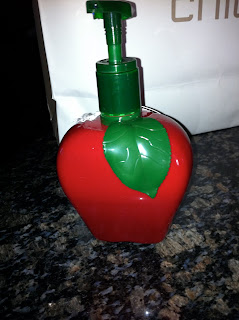 Max handed it to his teacher and was very brave.

I waited to cry until I climbed into the car.
Posted by Brandi at 9:49 PM No comments: