Toddler Tuesday: Lessons From My Dragon

Max: (adjusting my plastic headband so that it fits like a circlet) Mommy, do you have a real crown?
Me: (pausing) Yes, I do.
Max: Thought so. Go get it.

I rummage through the closet to find an eighteen year old tiara and present it to my son.

Who says being Prom Queen doesn't have real life applications?
Posted by Brandi at 8:00 AM 4 comments:

Happy Thanksgiving from my little turkeys! 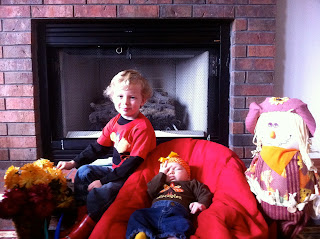 Make note: Next time a woman with a toddler and a two-month-old says, "Let's go out for Thanksgiving--it will be easier," hand her a cookbook and some chicken broth. She doesn't know what she's thinking.

But this is how memories are made. Many times today, I thought of this great blog entry on Ashley Riherd's blog, gritted my teeth, and counted my blessings.

I insisted on pictures. It was a chore.


But we got through it.

And I have pics to commemorate Alexandra's first Thanksgiving. 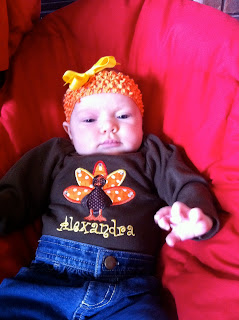 And those little turkeys...well, they top my list of things for which I am thankful. 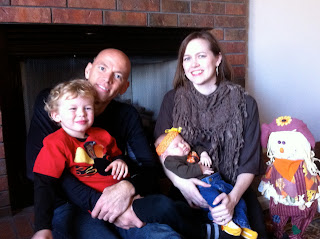 My manna from heaven.
Posted by Brandi at 5:57 PM 5 comments:

I already have a novel, so I'm spending the month on revisions. With the help of my hubby, I've been able to spend an hour every day this month on writing. Considering I have a three year old and a 10 week old, this small amount of allotted time is cause for celebration. I really hope it becomes a habit on the part of my entire family.

So far, I've taken my critique group's line edits and am going page by page.  Easy changes are made on the spot.  Those that require more thought or manipulation of characters or another scene or chapter are put off until later. I write those in a journal.

How do you NaNoWriMo?
Posted by Brandi at 2:00 PM No comments: 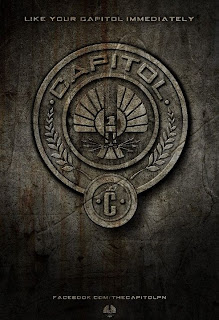 I'm a big fan of the young adult novel The Hunger Games.   I blogged about it here, here, and here. It's one of those books that makes me miss teaching because I'd love to discuss it with teenagers.

First we had the book to movie mania of Harry Potter, then Lord of the Rings, and most recently Twilight.  Now, movie goers are ready for some science fiction. The Hunger Games will be in theaters on March 23, 2012.


Who else is excited? 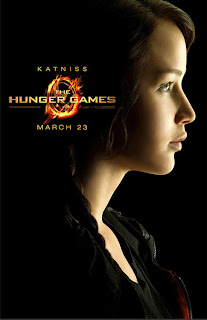 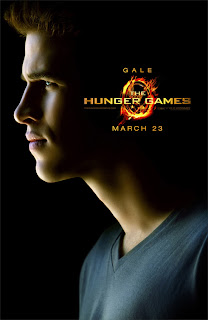 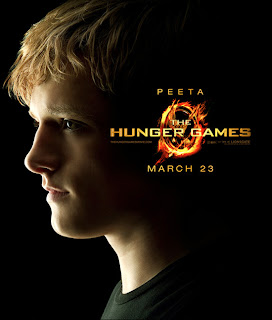 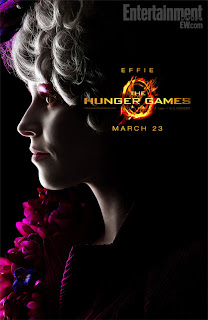 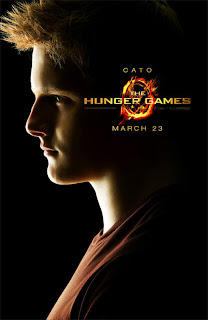 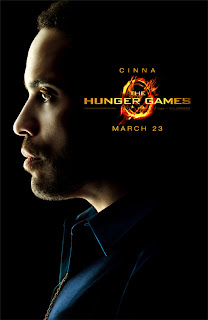 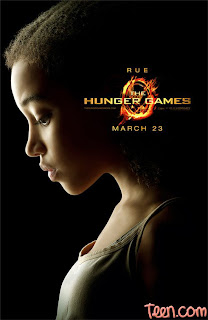 A few weeks ago, my friend Ange told Max she was going to take Alexandra home.
He cried, "NOOOOO!"
"Why not?" she asked.
Fists clenched, he said, "Because she's my sister and I love her!"

I thought we had really accomplished something in the parenting department regarding sibling rivalry.

Then we had another conversation recently. Note: brother is pronounced brudder in Max dialect.

Max: Where do you buy a brother?
Me: You know where Alexandra came from.  You can't buy people.
Max: Grow me a brother, PLEASE.
Me: We have Alexandra.
Max: Put her outside and buy me a brother. 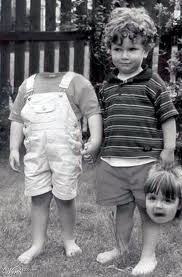 Friday Favorite: Thank you to our Veterans--home and abroad

When Veteran's Day rolls around, I always think of "veterans" in flashes of made up black and white photographs from my mind's eye.  These images all have a distinctly WWII vibe. I think it's my way of distancing myself from the hard truth.

Kind of like that kid who thinks food just shows up at the grocery store.

In reality, men and women sacrifice every day so I can eat Oreos and enjoy my kids and vote my conscience and have a business and drive a car and have a full tummy and be warm at night and.... be an American.

My husband and I are lucky enough to know friends and family members who have served or are currently serving in the military. They aren't black and white photos. They're flesh and blood citizens with whom we've shared laughter, food, and memories.

I'm in awe of their bravery and grateful for their service--and for the service of their families.

Two of my sorority sisters posted the following link on their Facebook pages regarding 10 Things You May Not Know About Military Wives It's worth a read.
Posted by Brandi at 7:52 AM No comments:

Mommy Monday: Newborn language and getting through the night

Before my son was born, I created a three ring binder. In it were tidbits of information from books, websites, hospital handouts, friends, etc. Anything I thought I might need when baby came home, I placed on color-coded sheets of paper in that black folder. My family teased me that I'd created a how-to manual.

Alexandra, my second baby, is 8 weeks old.  I've reached for the binder only a few times for her, and each time it was to brush up on Dunstan's baby language . The binder is my baby to English dictionary as I trudge through a foreign land during the dark, late hours.

The gist of Dunstan's baby language is that babies cry for only a few reasons.  If one truly listens, the baby explains exactly what he or she needs.

Here's a run-down for you:

Owh--I'm sleepy. (I never heard this from either of my children.)

Heh--I'm stressed out and uncomfortable.  (Maybe child is hot, cold or needs diaper. In my experience, this one can be used in conjunction with others.)

Eairh--I have lower gas. (Rubbing the tummy, patting the bum, or bicycling legs worked wonders on my babies.)

Eh--I need to burp. (This one sounds a lot like the lower gas one, but they're a similar problem.  In my experience, sometimes babies will mix both words.  I just tried to remedy both situations and would eventually solve it.)
If you have a newborn, try listening. You'll be glad you did.

Friday Favorite: Halloween was a treat!

This year was the first year Max really got into the spirit of Halloween.  Some friends came over with their boys and we went on the candy hunt. Garrett and I had our costumes from attending a local event, so we decided to wear them with the kids.
We couldn't leave our house unmanned, so my parents and grandmother came over to hand out candy and toys.  We always thought we had quite a few trick or treaters on Halloween night, and this year my dad counted--187 little gouls and boys!

After a few houses, Max told a man handing out candy "I got enough. No thank you."  I think the guy was offended. We were elated.

The most terrifying event of the week was when we had to take our seven week old baby to the emergency room. She fell out of her car seat--head first--onto a hard wood floor. Luckily, she's fine.  Parents, be warned that those handles aren't always in position when you think they are.

Max decided Alexandra's boo-boo was okay immediately on impact. Obviously, the experience wasn't nearly as frightening for him. After all, he'd recently been out in the moonlight among people who created a cemetery in their front yard with zombies who handed out candy.

Being the stellar mom that I am, I made the mistake of giving him fodder for nightmares.

In an effort to deter him from picking his nose, I told him that nose goblins might bite off his finger.  After a week of Halloween festivities, that is what kept him up last night.  This morning he was jubilant. "Mommy! Mommy!  I still have my fingers!"

It wasn't until the tour began and they told a few ghost stories that I realized what I'd done.
I was on a tour of a haunted building.
What the hell was I thinking?
Commercials for scary movies give me nightmares, so what was I doing in an old building rumored to be filled with ghosts of children and a crabby old school marm?
The place and its hauntings inspired my friend Sonia Gensler's book The Revenant. She had a book signing.  She's pictured below during her book talk. 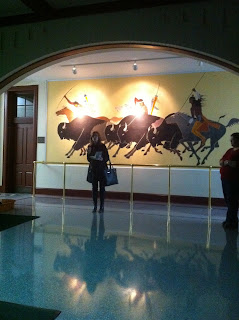 We hope she'll do it again next year. It was even more fun to hear her add to the tour regarding events in the book.
The tour was creepy. The scream? Yeah, it was me. It turns out that a ghost wasn't opening a door--but a woman falling into a door handle sure sounds like it.  We lost part of the people on our tour because they were listening to what may have been a ghost typing. I heard it, too, but, believe me, I didn't even think about stopping.
Below are Martha and Karen from our writing group with Sonia in front of Seminary Hall. 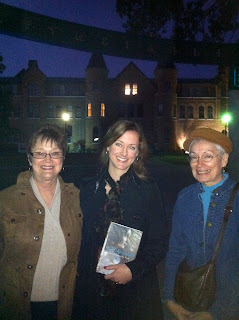 Sonia and I are in this one--and it looks like I have no arms!  The scary part, though, is that they talked about how a lot of the photos in the haunted places have orbs.  Um...do you see the big orb above our heads? 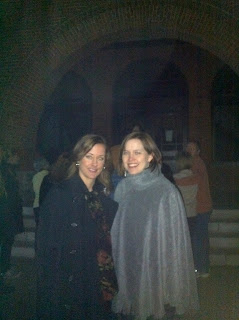 Another reported haunting is that of footsteps up and down the hall.  So... you have to wonder when you see this on the ceiling. 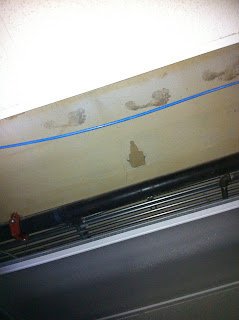 Sonia brought my family Halloween themed cupcakes. They were delicious. 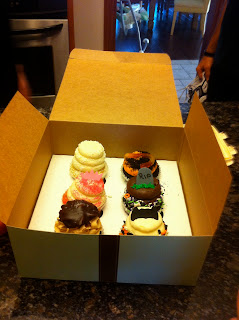 Perhaps the scariest part of the evening was my son's behavior. He may have chosen the princess cupcake but the growling was all boy.  Sonia's expression conveys my feelings exactly. 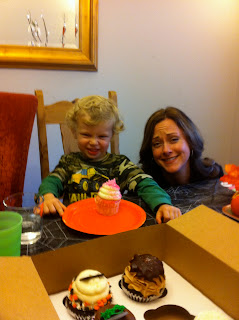 Posted by Brandi at 8:27 AM No comments: