Guess who is at our virtual potluck today, ya'll? 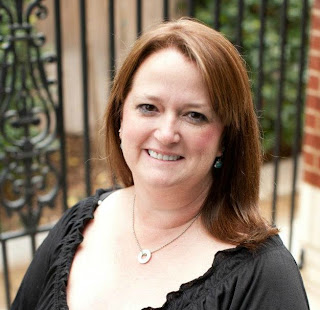 Minivan Momma is in the house! Heather Davis is the award winning author of
the TMI Mom humor series.

She's partied with Dr. Oz, so I feel extra fancy that she's hanging out with us.
You may know her as one of the leaders of Oklahoma Women Bloggers as well
as one of the talented producers from the Listen to Your Mother Show in Oklahoma City.
Watch her video here.

How does she accomplish everything?  Stick around the party, because she's sharing
some of her magic tricks.

I found myself awake at 3:00am (that's the morning, y'all) just knowing I had

forgotten something. I just knew it, but I didn't know what it was. Later that
same morning, when we were trying to get out the door on time, I remembered.
I had to take a salad to work for a luncheon. I could have stopped by Hellmart
on my way to work, but I really didn't have the time or the desire to do that.

I opened up my fridge and contemplated dousing the head of lettuce with ranch
dressing and Parmesan cheese, but I was afraid of the lawsuit, because the lettuce
was limpy and the Parmesan was putrid.

I perused the panty not really sure what I would find. I felt the spirit of Julia Child
enter into my soul as I glanced at three cans of beans. Within five minutes I had what
I now call the "Oh Crap! I Forgot! Salad."And at the end of the luncheon, I had an
empty bowl to take home. What do ya know? I pulled it out just in time. 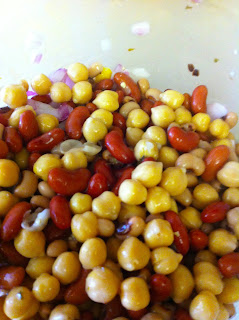 Three cans of beans, any kind, drained and rinsed. (My favorites are black
eyed peas, garbanzo beans and kidney beans. But, I've made it with chili
beans, black beans, purple hull beans. I'm pretty sure re-fried beans would not
work, though. Pretty sure.)

One purple onion, diced or sliced. (How much time you actually have when you
remember that you forgot will determine how fancy you cut up your onion.)

Half a cup of Italian dressing. (Truthfully, I don't have a clue as to whether
or not it's a half cup or three-quarters of a cup. I never measure. I just pour,
cover and shake.)

When all of your ingredients are in your salad bowl, stir well. Or put a lid
on the bowl and shake well.

This does well when you have an hour or two to refrigerate it. It'll last for
three days if you make it for your family and they refuse to eat beans.

My brother had rules.
1.  Don't hug him.
2.  Don't go in his room.
3.  Don't touch anything if he allows me in said room. (His dog Yoda could drool on his pillow, but if I so much as wrinkled the comforter, I apparently left my inherently offensive sister-smell on it.)
4. Do what he says.

He reinforced his views with backup.
Mooooom! Tell her to stop singing at the table.
Mooooom! Make her sit with her legs together.
Mooooom! She has milk-breath. (Again, the dog?)

Even then, I suspected Brett loved me.  After all, he loved his dog.  And he called me a dog so often that in the first grade I barked and walked on all-fours at school for a period of time.

As if my sheer existence wasn't embarrassing enough for a brother five years older than the little sister who idolized him, it would seem that having a dog for a sibling would push him over the edge.

He was too cool for that. We watched Empire Strikes Back for his 10th birthday. I've been a scifi geek--if mostly closeted--ever since.  He gave me Madonna's True Blue tape.  I memorized every word. One of my favorite memories is us blowing up his models in the field behind our house while filming it. It's no surprise I wanted to create a story to accompany the explosions, but he was the special effects guy and had no time for his little sister's nonsense.

As an adult, he put a poster of a monkey in his classroom and told his students it was a picture of his sister.  When visiting him once, a child ran up and hugged him around his kneecaps (my brother is 6'2").  Brett introduced me as his sister.  The kid's eyes widened and he whispered. "She doesn't look like her picture!"

That's when I found out I had been promoted from canine to primate.

I should not have felt as happy as I did.

In addition to being older, and therefore cooler, Brett was good at stuff I was not. Probably our biggest scholastic difference is his scientific mind. I signed up for an astronomy class in college, thinking it was astrology.  Brett became a science teacher.  One of my biology teachers accused me of asking "stupid questions" as a joke.  Another student came to my "defense" and informed her that, no, I really was that bad in science.  Such an event never happened to my brother. He created spectacular science projects.  The science fair filled me with dread, but it lit him with excitement. Most of my projects were his ideas and simple--like making a compass by rubbing a needle against a magnet. I had no ideas of my own.

Earlier this summer, he showed up at my house with shears.  Since he's all science-y, Mother Nature likes him. Plants wilt at the sight of me. Brett has a green thumb. Mine is black.

Every once in a while, he beautifies my neglected yard.  Most recently, he brought reinforcements.  The whole family--okay, mostly Uncle Brett and Aunt Lisa--lopped limbs, trimmed bushes, and pulled weeds for an hour or so. I tried to guess where he would next tell me to clip, but I was always wrong. Of course. A beautiful lawn is a science.
A horsefly bit him that afternoon. He shrugged as blood dripped down his leg and went on clipping. If that had been me, I would have curled into the fetal position.

Still, it was . . . fun.  Usually, the surest way to get me to cuss is to do yard work, but with our families working together it was a garden party.  Maybe next time I'll have snacks and drinks.

I'm not sure what motivates him to help us with our yard.  Maybe he recognizes my complete incompetence with all things green.  Maybe he feels sorry for plants who can't cry as my children do to complain of thirst. Maybe he's embarrassed by how sad our lawn looks and that people know we're related.  Maybe he is just super generous and knows it makes me happy.

Whatever the reason... it really, really does make me happy. Like getting that Madonna cassette or being allowed to cross the threshold of his room and play Atari.  I looked at my front yard this morning and sighed. It was pretty. I felt cool.

And I was so glad my little ones witnessed siblings as friends who know their siblings' greatest weaknesses and faults. And they help make them right with the world.  I tried to drive the point home with my son. "Isn't it nice of Uncle Brett and Aunt Lisa to come help us?"

Max nodded. "That's what brothers do."

That, and compare their little sisters to animals.


Anyone have a sibling story to share?  How does your sibling help balance you?

Are you a happy camper? 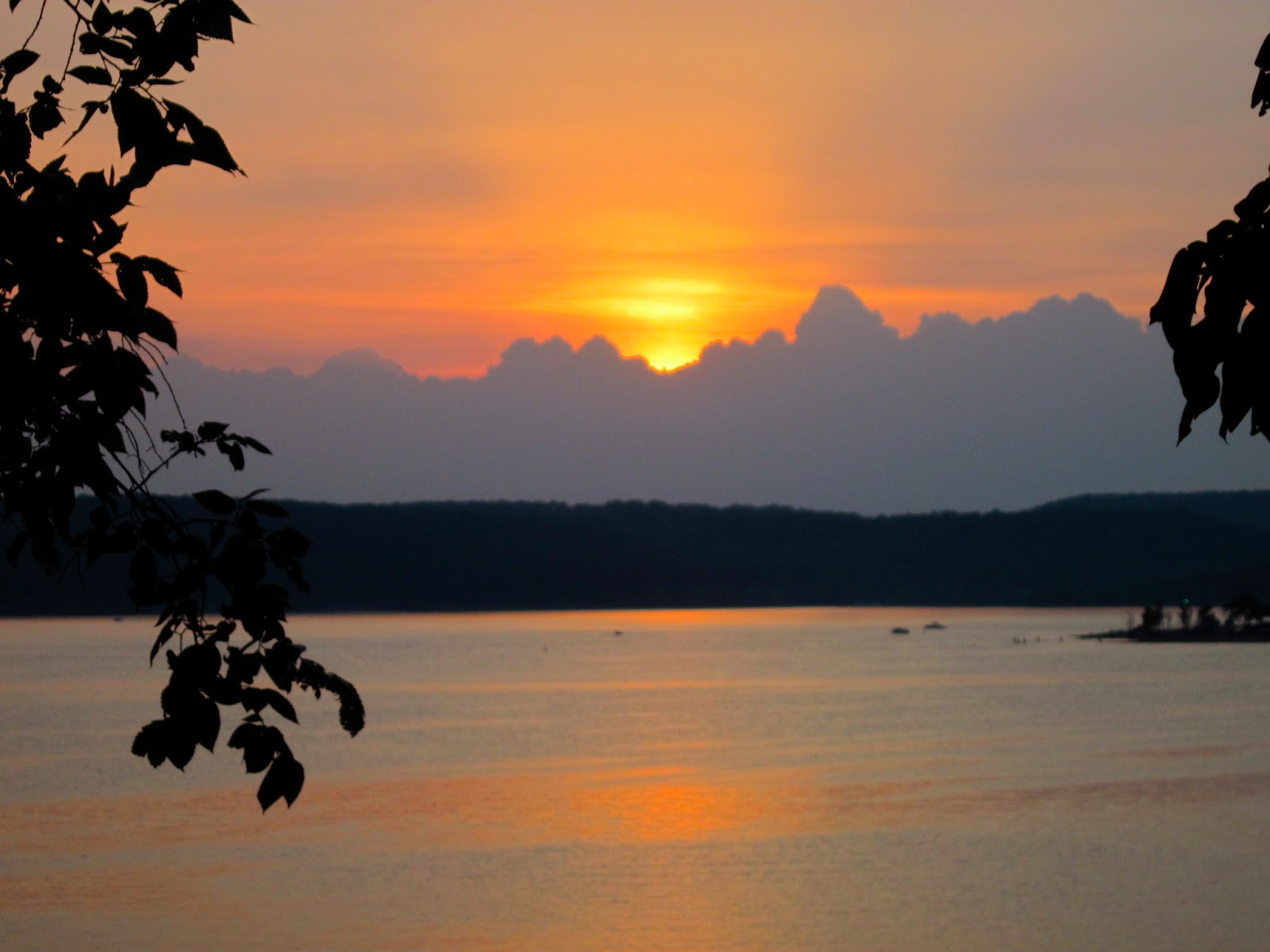 This post explains how I avoid tent camping with my babies.

This one indicates I do enjoy the great outdoors.

Have you seen my post on Oklahoma Women Bloggers today? I shared my guide on how to glamp.

What do you think about camping? What about glamping? Where is your favorite spot to camp/glamp?
Posted by Brandi at 11:43 AM 2 comments: 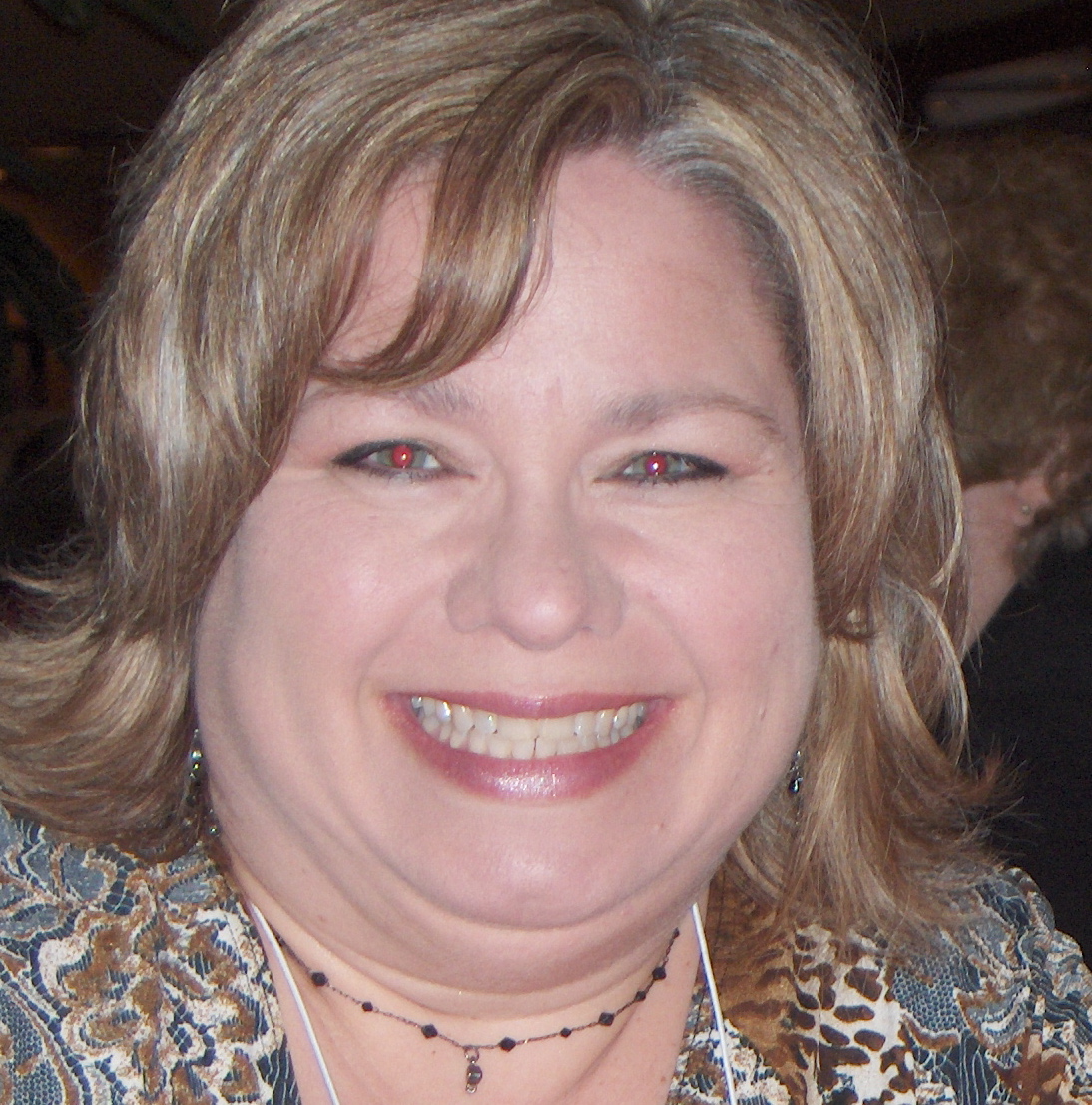