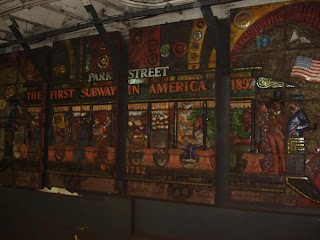 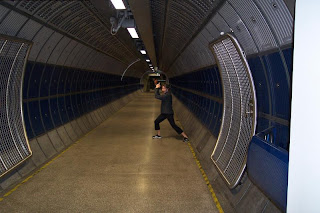 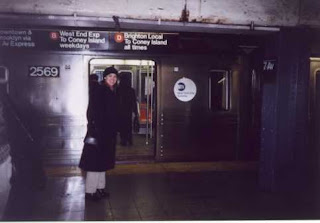 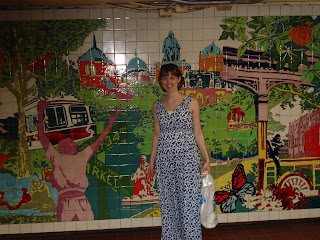 Posted by Brandi at 9:49 AM No comments: 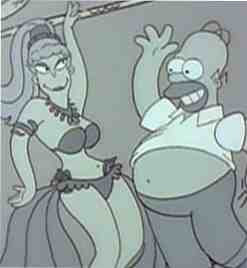 We met a group at Lisa's Turkish Kitchen for dinner. Not only was the food great, but so was the entertainment.

One of the dancers came up to me first to try to get me to join her. Since I'm six months pregnant, I said no without feeling like too much of a party pooper. She didn't have to ask my husband twice, though. He hopped up and really worked the floor. It was hilarious. All of the other guys shook their moneymakers, too. Eventually, I gave in and danced a little. The baby and the 20 extra pounds that comes with him made me less than agile, but it was still fun.

I highly recommend it. There's no way you can take the world seriously when belly dancing is involved.
Posted by Brandi at 9:38 AM No comments:

Email ThisBlogThis!Share to TwitterShare to FacebookShare to Pinterest
Labels: dining

I called to book a room for the HAWK Writing Workshop . The lady taking my hotel reservation asked, "Where are you from? You have a slight East Coast accent."

Me. An East Coast accent.

Over the years people have often stopped me to ask if I was from southern California. Does that mean I sound like a Valley Girl? Personally, I don't think I have much of any accent except when I am super relaxed or emotional.

I'm gonna have to sprinkle in an occasional "fixin' to" and "ya'll" if I want to maintain my Okie girl sound. 'Cuz if youse guys think I'm going to sound Joisey... fuggedaboudit.

Journal: Write a conversation between two people. Give each character jargon , dialect, or other distincive style to make it clear who is speaking. If done properly, a reader won't require tags to tell the two characters apart.
Posted by Brandi at 12:35 PM No comments:

"And your next American Idol is..." 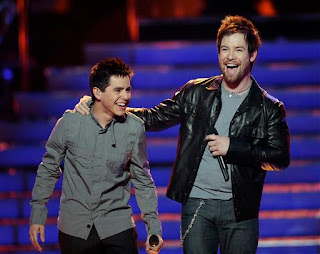 That's were my DVR cut it off. Can you frickin' believe it?!
The envelope was in Seacrest's hand.
The two Davids were waiting.
America was waiting.
I was waiting.
And the recording stopped. GRRR! I'd been so faithful this season and this was how the tv gods repaid me?
Admittedly, I agreed with Simon that I didn't really care which David won because I like them both (although, my hubby seems to have a serious case of the negative against Archie for some reason). There's something to Cook's gravelly voice and his ability to rock out any song, but there's also something so sweet and true to the tone of Archuletta's vocals.
Sure, I know who won. And...sure, I only taped it so that I could skip the commercials, and by that time I'd caught up to real time. HOWEVER, I'm not smart enough or quick enough to switch the buttons instantly and see it. By the time I was able to get it back to the station, Cook's eye liner was smudging from tears of joy and he was taking the mic to sing.
Hey, at least I got to see him include the whole AI gang in his victory song.
To quote Archuletta, "Gosh" this season was so feel-good.
Posted by Brandi at 2:18 PM No comments:

My book is on its way! 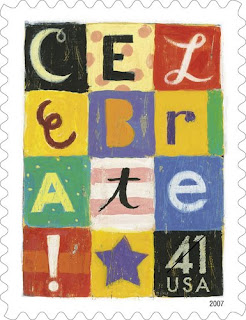 On the last day of the conference, I received an email regarding the final proofs of Glamour. I reviewed them and made final edits. It's shocking to think of how many people have looked over the manuscript and we're still finding things! I guess it's a testimony to all the English teachers who suggest having someone else read your paper before submitting it for a grade.

I received an email today that said the book will probably go to press this week. Yea!

Nancy Bishop designed the interior of the book as well as the cover. She's a genius. Her work totally blows me away. I'm so thankful that HAWK assigned her as Glamour's artist.
Posted by Brandi at 6:12 PM No comments:

Oklahoma Writers' Federation, Inc. hosted its 40th annual conference at a new location this year where over 399 attendees and various speakers gathered to celebrate. JA Jance was the keynote speaker for Friday night and her humor and storytelling prowess let us all witness just what makes her a best selling author. We also had such big wig authors as AC Crispin and Bob Mayer in addition to top agents and editors. Check out our website for more information. Maybe you'd like to attend next year! The conference is the first weekend of May every year. 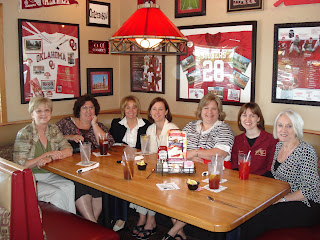 The above picture is of my writing group The Inklings. The conference is a great place to network with other writers and make new friends. 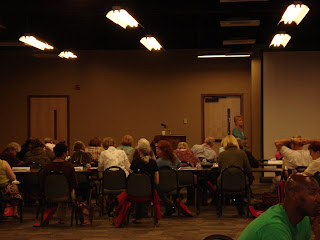 The Sheraton Reed Center in Midwest City is our new home. The fact that the May 3 tornado obliterated the original conference center did not deter us from moving there the same weekend. Storm chasers weren't disappointed. The first night of the conference was interrupted by tornado sirens. Community members as well as conference attendees congregated in the enormous tornado shelter. Marcia Preston, our 2008-2009 president, didn't let a little wind and hail deter her, though. She continued her session in the shelter! 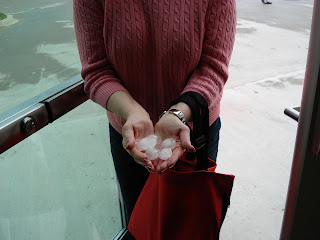 Here is my mom holding some of the hail after it had melted a bit. Most of the hail was golf ball sized. However, at one point they released us to go outside when the sirens went off again. For a brief period of time the hail was enormous. As my mom commented as she retreated to the shelter again, "I'm going inside! It's the size of snowballs!" A lot of cars were damaged. 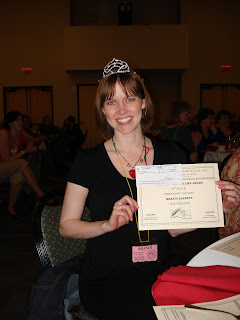 The final night is always a favorite for our group. Not only does the conference offer opportunities to network with agents, editors and authors, but it also provides the opportunity for us to make a little cashola. For only $20, a person can enter each of the 33 categories. Good deal, right? The Inklings were able to shake our Hallelujah basket (filled with jingle bells) several times and wear our celebratory tiaras at Saturday night's banquet. Here's a pic of me with one of my awards.
I miss friends and family in Oklahoma, but the weather is truly awful. My allergies went nuts while there. No wonder. This article from Forbes.com lists Tulsa, OK as the #1 worst place for spring allergy sufferers. Oklahoma City ranks 15. Anyone who has ever been around me during a tornado threat knows that I'm a complete wimp. Returning to NJ was a bit of a relief since the hubby told me that they announced on the news that Oklahoma is the most dangerous state to live in for natural disasters. Eek.
Posted by Brandi at 5:54 PM No comments:

We sold our house! 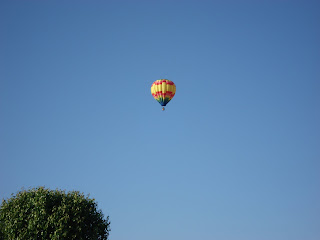 My husband and I sold our house in Oklahoma, so we went back to pack up and move. I flew back a few days early to get things ready. When I stepped outside on the morning my parents and hubby were supposed to arrive to help pack, I saw this hot air balloon. Look at how blue and clear the sky was!
When we moved to New Jersey several months ago, we didn't have any furniture because we left it all in the house to "stage" it for buyers. So, our apartment is mostly in the style of IKEA. Most of our things are in storage until we find a house, but it's nice to have some of our own stuff around us again. Sadly, our big, flatscreen tv hasn't arrived yet. It really upsets my husband since he's totally addicted to his PS3.
Posted by Brandi at 5:41 PM 2 comments: