Hubby: Max, did you pee in the bathroom?
Max: (big grin)Yes.
Hubby: (steam coming out of his head) Did you pee on the floor?
Max: Yes.
Hubby: Why?
Max: I wanted to.

So, I'm glad I found this blog entry on Pinterest about Getting Rid of that Boy Smell in the Bathroom.
Posted by Brandi at 10:47 PM 5 comments:

Remember how my parents decided to get chickens and see what happened? 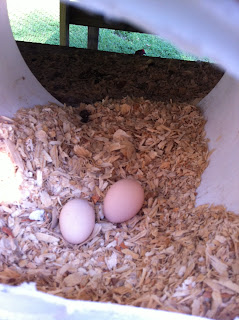 Project Egg Gatherer is a success! 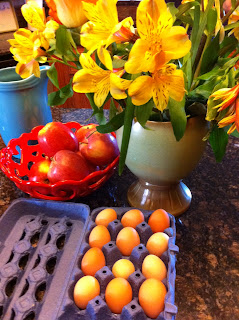 Eggcellent!
Posted by Brandi at 7:45 AM 4 comments:

My husband and I are passionate. When you've been together as long as we have, life can get pretty dull.  Not for us. We always have something new and exciting to bring to the table.

Always my biggest supporter, he encourages me to take my work to the next level.   He challenges me when I wimp out in my storytelling just as he does when I do it in life. He's a competitor and wants me to be as well. He wants me to be the best I can be.

Let's be honest. He wants a Maserati, but I know I'm not JK Rowling even if he hasn't accepted that fact.

He's not a professional rider, but his determination is unmatched. He rides every day--and is pretty cranky if he misses a ride.  If he didn't get time during the day, he'll wait until the kids go to bed and ride until midnight. Last summer, 3AM rides were a regular occurrence. Nothing gets in his way because he loves riding and wants to be better.

He started the season with a 50 mile bike tour in Oklahoma City at the Redbud last weekend. (He considers this a short ride. I would consider it hell on wheels.) We arrived in town just as a tornado hit Norman, OK.  Wind advisories were announced. However, he didn't waiver and finished those miles in about 2 hours. 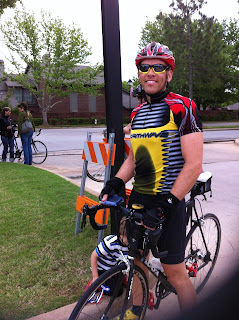 I should take a page from his book. (Er, mile from his ride?) With his perseverance any writer would succeed--no matter the obstacles.

Even if I don't get that Maserati, I'll know I did my personal best while having fun. And that's worth a lot.

But I wouldn't say no to a Pulitzer.
Posted by Brandi at 7:03 AM No comments:

I am so happy we had our storm shelter installed this week. Today, two people dropped by and asked where we got it. The National Weather Service seems to think Oklahoma will need it this weekend.

I hope not. But at least we have one.

Max was happy to watch the backhoe. 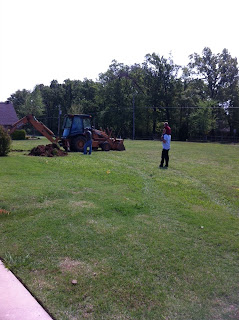 I'm happy to have a scaredy hole to hide. 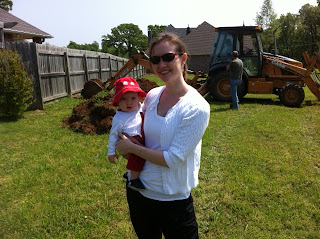 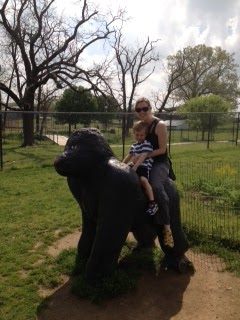 My friend Bre and I recently took our sons to Wild Wilderness Drive-Through Safari in Gentry, Arkansas.

That's right.  It's a safari in Arkansas.

We spent the morning at the petting zoo, enjoyed a picnic lunch, and drove through the safari.  A variety of critters from kangaroos to rhinos greeted us... 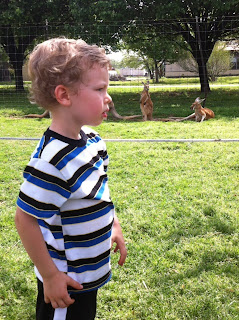 ...but my son claims the best parts were trying to pet (chase) the baby pig and riding a pony. 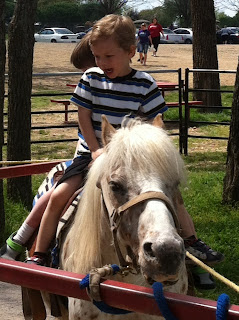 My favorite part was meeting a little primate pal.

As we approached, the caregiver was saying, "...oh, no. He doesn't let people hold him. He's known me a long time. That's why he lets me."

I'd no sooner stopped moving than the little creature leapt from the guy's neck and was looking up at me from my feet, his tiny paws hugging my leg.  He blinked as if to say, "May I?" I laughed and he took that as permission to climb me. He scampered up so quickly, I hardly knew what was happening. 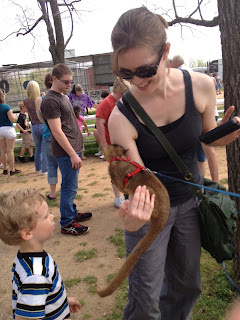 If you're not too far away, visit this little treasure.  Children love it, but you're never too old to pet a baby goat or monkey around.
Posted by Brandi at 9:24 PM 2 comments: 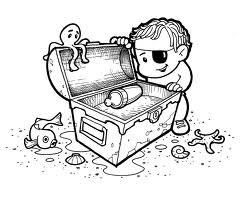 Who says bootie besides rap artists and pirates?

These days, anything is cool when paired with the word head.  Bootie head. Broccoli head. Elmo head.

You get the picture.

I hear he's hilarious with the preschool set.

We attended a birthday party recently. Fun was had by all. As the party began to wind down, I noticed our guy pick up pebbles and throw them into the street.  I warned him not to do it again. He looked at me, grabbed a handful and threw.

With great sadness (not even faked because I had to set aside my half-consumed, icy adult beverage), I said, "Uh-oh. Now we have to leave."

We tried to remove him from the scene as quickly as possible.The hubs and I swung into leaving mode while our son threw his body into a series of contortions any yogi would envy.

For his grand finale, he threw back his head and screamed, "I'm not going anywhere, Bootie Head!"

I called in the muscle (aka Dad).  He scooped him up and took him to the car.

The baby girl considered it great entertainment. I'm sure some of the other witnesses did, too. They were glad it was us and not them.