Long before I wanted a real boyfriend, I juggled several from literature. And what's better than a literary boyfriend? A literary love triangle!

No matter who the main character chooses, I always choose one similar to my first love: Rhett Butler from Gone With the Wind.  That other guy Ashley Wilkes? Ew! Rhett may have been no "gentleman," but at least he stood up for what he believed and fought for it. My eleven-year-old brain read between the lines and wanted Ashley to stop being such a wimp about life and man up already.

How about you? Who are your favorite literary boyfriends?

To get the conversation started, let's talk about famous young adult titles that are already movies or will be soon. 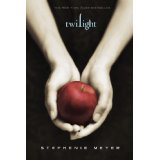 Twilight by Stephenie Meyer
Edward vs. Jacob
No contest! Edward is just too polished (like cold marble, I know)--and whiny--for my tastes. (Get it? Vampire pun there.) I prefer the warmth and personality of Jacob. He's a fighter. 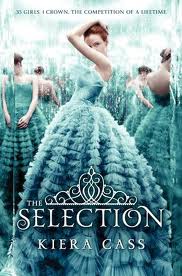 The Selection by Kiera Cass
Prince Maxon vs. Aspen
This one throws a wrench in the whole bad boy thing.  I prefer Maxon over Aspen.  Is it because he's a prince? Nope. I think it's because he really wants what is best for her, is willing to stand up to his father for his own beliefs, and doesn't whine about circumstances. 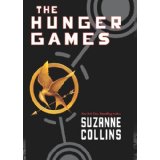 The Hunger Games by Suzanne Collins
Peta vs. Gale
It's always been you, Gale.  Always. You're a rebel. A fighter.  Peeta...okay, in the book, you are not the wimp the movie makes you. You are your own kind of hero. You know how to use your brain and teach me, I mean Katniss, a thing or two. You save the heroine a few times yourself. Without you, she wouldn't have survived. But, Peeta, I'd rather be friends. Let's have dinner. You bring the bread.

Divergent by Veronica Roth
Four vs. ???
So, there's no love triangle here, but I still wanted to mention my most recent literary boyfriend.

Who is your literary boyfriend?  Do you prefer books with love triangles or not?