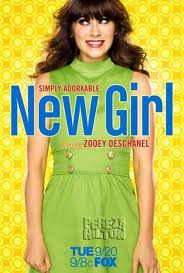 Zooey Deschanel is as quirky and funny as ever.   My guess: Douchebag Jars popped up all over apartments with obnoxious roomates everywhere. My wish:  The two dumped people fall in love. My hope: The chemistry of the cast remains hilarious without Damon Wayans, Jr. who is already committed to Happy Endings. 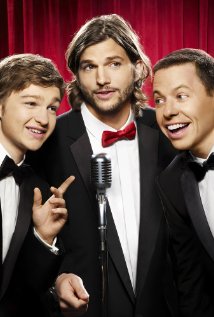 Two and a Half Men


I was so done with the show a season and a half ago that I removed it from our DVR. The jokes were reruns and, based on his history with prostitutes and alleged spousal abuse, it seemed like we were watching Charlie Sheen's life. After the events of the summer, the world discovered perhaps we were. Out of curiosity, we added it back to our DVR. I'm not sure how I felt about Ashton Kutcher's character.

My guess: Kutcher's character is a dumb pretty boy like he mastered in That 70s Show.
My wish: He has more original substance--like he has Aspberger's or something.
My hope:The characters grow and change with clever writing. 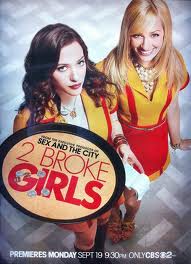 I was pleasantly surprised, and it wasn't just because the dirt bag boyfriend had incredible abs.

Which he did.
My guess: Sex will continue to be at the forefront of this show since it is from the creators of Sex and the City.
My hope: The characters stay fairly realistic in their financial status--unlike a certain waitress with an incredible apartment on Friends.
My wish: The creators of the show continue to remember that a comedy's purpose is simply to make viewers laugh.