In the spirit of the season, Max decided to visit Sleepy Hollow and Washington Irving's home, Sunnyside, last Sunday. He expected a calm outing. 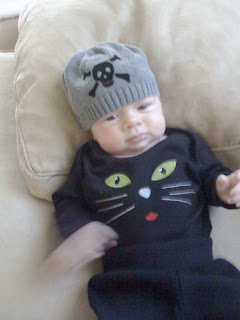 He took this photo of his grandmother by a bust of Washington Irving. 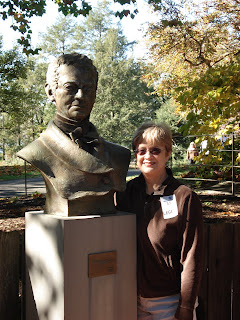 They all checked out the house--and were slightly annoyed that they weren't allowed to tour the upstairs because it was "a busy weekend." Geez, what a waste of money! 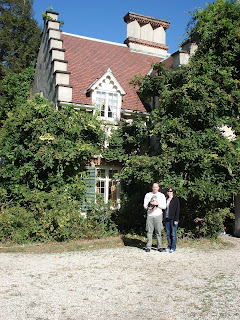 But the land around the home truly was beautiful and exactly how The Legend of Sleepy Hollow is portrayed on film and imagination. 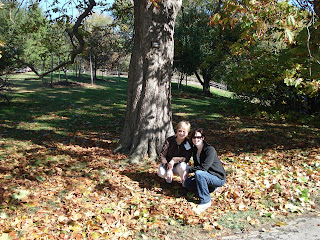 It was a nice day.

But then Superbaby heard the call. Someone was in trouble.

Thanks to cell phones, no one uses phone booths anymore. Yet, he managed his transformation. 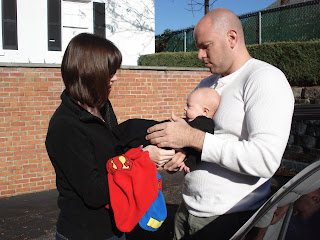 Look! Up in the sky! 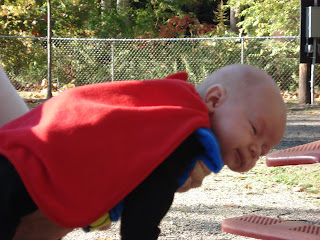 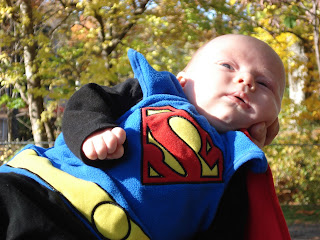 While attending a Ragamuffin Parade where kids all wore their Halloween costumes, this woman thanked Superbaby for keeping her from going near that raging river seen in the background. Instead, he made her cuddle him. Thanks, Superbaby! 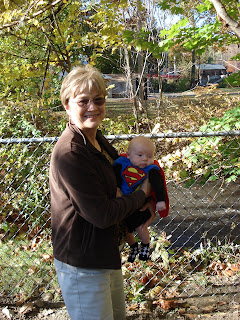 It's all in a day's work for Superbaby.

Still, he was happy to go home and relax in his chair. 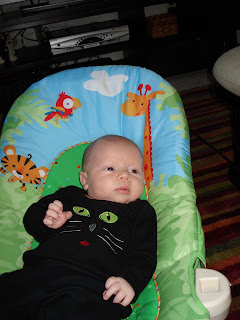