Using media? Use your brain. 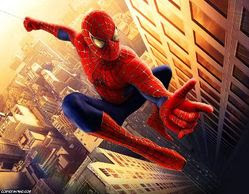 What is going on with people using technology? I love the ease of access to information, but what is with people's inability to control themselves?

As long as email has been around we've known that lies and vitriol can be sent to as many people as one has in the address book. Now blogs and places like My Space and YouTube allow an even broader forum. And for some reason, many believe the trash with the mentality my grandmother once had about tabloid mags: "They wouldn't print it if it weren't true." Sadly, we've stopped thinking for ourselves and standing up for what is right.
Cowards find it easy to be brave sitting behind a computer screen--Brad Paisley's song "Online" went to #1. Why? We recognize the truth in the lyric, "I'm so much cooler online."
The taping of that girl's beating in Florida is a sad statement about our society. As I watched the interview, Pink's song "Stupid Girls" kept playing through my head. First of all, what possessed them to physically hurt another person? Second of all, what level of brain cells are they lacking that made them think it was a genius idea to tape it (gather evidence for the police) and post it on You Tube?

The girl who got damaged allegedly badmouthed the girls on her My Space page. This was a dumb thing to do. She was only out-dumbed by the girls who beat her up and the stupid boys who stood guard. If the girl had written false things on her site, I think all parties were wrong and should be punished--legally.
Teens and younger have a lot of power in the media and they need to realize it. As Spider-Man knows, "With great power, comes great responsibility." Authorities need to give youth credit for their brainpower and hold them accountable. Laws should be passed and enforced about online abuse. Let's face it. Adults can be as stupid as those girls on the video.

Still, while those teenagers are sitting in a detention center--and they totally deserve it--American Idol gave back last night. It was really cool to see so many people take their success and show that they still believe it's important to "give back." Last year they raised $76 M. This year is certain to surpass that number.
I was disappointed in one aspect, however, because I totally wanted to see Miley Cyrus interact with David Archuletta. I'm guessing he would blush and grin while she headbanged her long curls. How cute a couple would they be? Wouldn't you love for them to sing a duet?I know for a fact neither one of them would be stupid or mean enough to plaster evil-doings on the internet.
Posted by Brandi at 12:18 PM