The Magic of Independence


The instant I placed a tiara on Alexandra's head, Max was awestruck. "Ooooh. She needs a magic wand. She's a magical princess!"

He was a police man. In a construction hat. While I hunted for a wand, his plans for capturing trolls flowed quickly. He declared he would identify the bad trolls so Alexandra could capture them with her magic.

When we arrived at our playdate, she proved she had other plans.

She acquired a cool car... 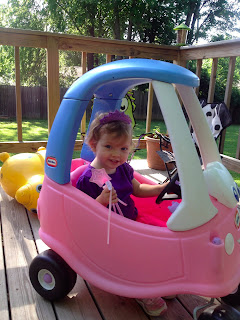 ...that she borrowed from her cute sidekick... 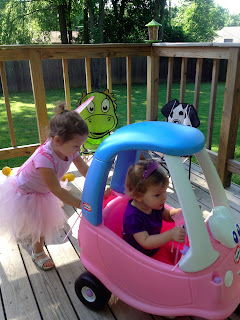 ...and then she donned a mask. 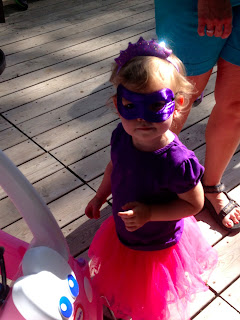 Apparently, she was a super magical princess.

I like that she didn't let us define her. May she always be so brave.