Pecking Order is for the Birds

Flocks of hens have one chicken in charge. When two flocks combine, they fight.  This is where the term "pecking order" originated.

Papa was concerned about his smallest hen from the old flock when he saw it fighting with the largest one in the new one.  He even rescued the little bird. Ultimately, he decided to let nature take its course.

The fight began again, and he learned something.

The little hen attacked the big one. 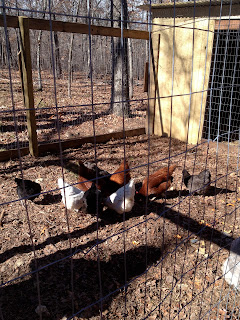 That fearless fowl jumped up and dangled from the others ears until it was tired. It nestled under the larger hens wings in bird-brained guerrilla warfare. Rested, it clamped onto the big wattle with its beak. 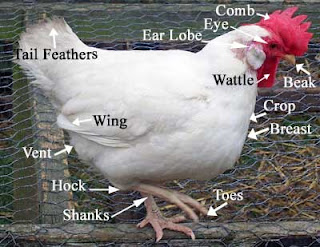 Later, Papa discovered the little hen bullying the second largest hen. Eventually, they established their pecking order with the smallest one in the hen house being in charge.

We've had a similar experience in our home recently.

Alexandra flung a place mat on the floor and refused to pick it up. Instead, she wanted me to pick her up.  She cried. She hung on my leg. It was pathetic.  I almost rescued her until she finally gave in and handed it to me.

A few days later, she pulled me out of my chair and came after me with an inflatable light saber.

She's never seen Star Wars, but the Force is strong in that one.

Might I add that my son had drawn whiskers and a cat nose on my face at this point in the day? Don't judge me.  It filled time and was easier than telling them to stay out of my makeup.

Yeah, it's pretty clear where I am in the pecking order around here.
Posted by Brandi at 7:30 AM