Every mom wants that adorable shot of her kid in a pumpkin patch. I didn't get one last year or the year before, so 2010 was the year. 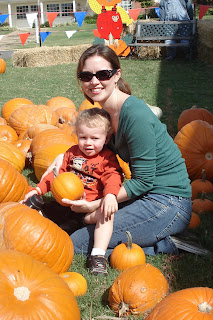 Unfortunately, Max wanted to check out everything except the pumpkins. 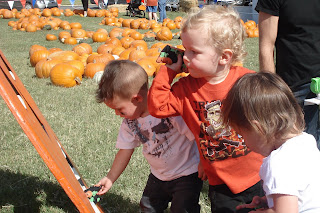 Ring toss with his dad... 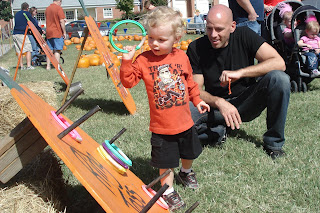 Fishing with Ange and Ethan... 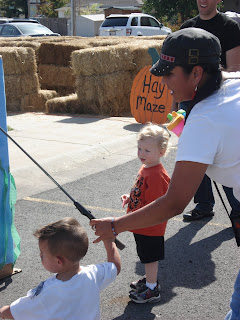 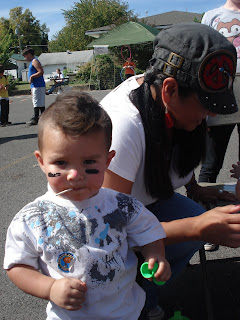 Climbing on bars just to avoid climbing on pumpkins... 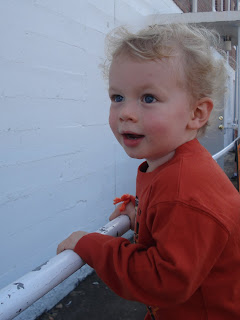 So, I chased him around with a camera. Finally, I had to tackle him and hold him to it. No one can tell I'd gone all paparazzi on them, right? Right? 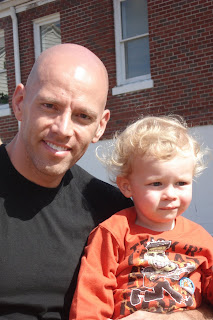 My friend Ange brought her niece and nephew to the Pumpkin Festival last weekend sponsored by the youth of the local United Methodist Church. 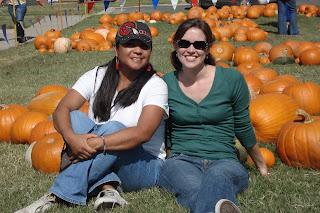 I thought we'd spend half an hour then go back and bake cupcakes, play in the yard, do a craft. In fact, we spent over three hours! $3 per kid?

At first, the kiddos weren't certain if they wanted anything to do with this giant jumping tent. Then Garrett assured them it was like jumping on the bed. Well, that sealed the deal. Jumping for at least 40 minutes straight should have tired out the kiddos, but Max didn't even take a nap that day. Too much was available to entertain. 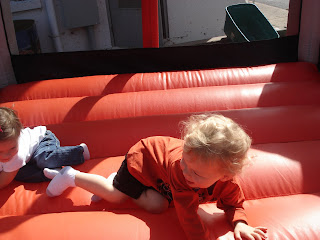 The hay maze caused allergies to go berserk, but he loved it. I did, too. He ran and ran in the safety of the walls of hay, pausing only to wipe his nose on his shirt sleeve. (That part I didn't love.) 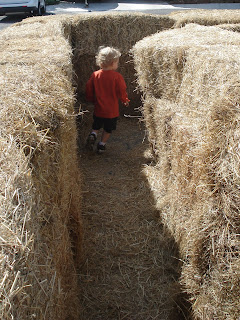 A corn bin occupied the toddlers for a long time. Who would have known? Sure, corn gets wedged into diapers, and we found some at home in the carpet later, but it's so much cleaner than sand. One of the teen volunteers told me they were playing in a manure bin. Ew. The kids didn't care. 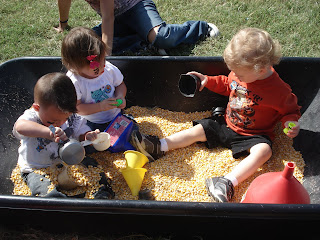 After we went through everything, we had to do it all again. 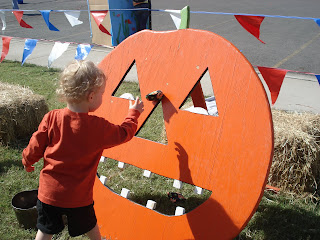 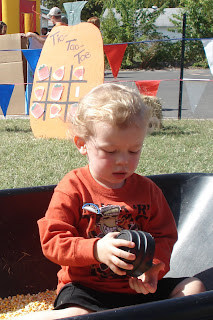 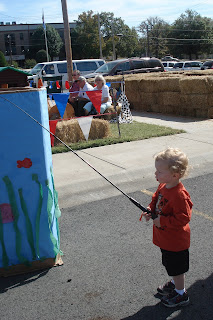 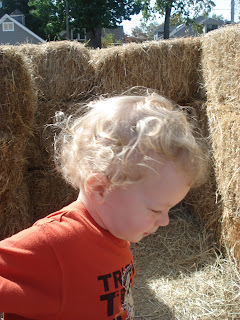 Finally, I asked Max to pick out a pumpkin. We went home with five pumpkins and a gourd. Can you guess which one he chose?