My friend Sonia Gensler and fellow Inklings' member recently acquired a book deal with Knopf. Our writing group is so happy for her we feel like we each received a deal, too.

Sonia writes historical fiction, so we asked her to take us on a tour of her novel. I've been lucky enough to read it and was giddy to see where the story took place and hear Sonia explain hidden details not included in the book.

I've heard of Twilight tours and Harry Potter tours. Maybe we'll have The Revenant tours after the book is released in 2011.

Can anyone guess where we are? 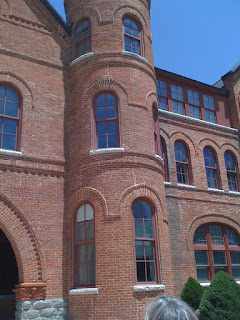 Here is the same location years and years ago. 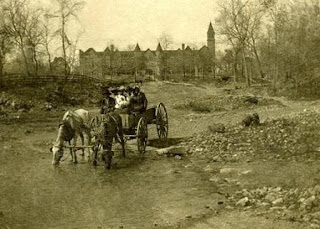 For some reason, no one came around when we wanted a group picture--maybe a bunch of giggly grown girls scared them away--so Kelly took this photo of the rest of us sitting on the stairs inside. 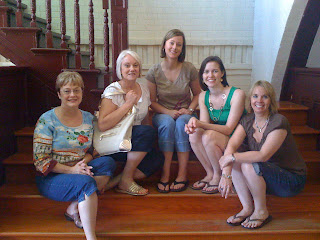