Perhaps it's because, as a writer, I'm accustomed to characters talking to me.

Perhaps it's because I like to go to the next level and ask, "What if?"

Whatever the reason, I'm going to miss United States of Tara. 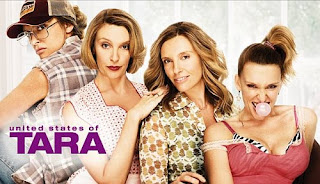 Yet, I can somehow relate to her.

She loves her family.  She wants to be a steady mom to her children, give her husband some happiness, have a normal family dinner, hold her baby niece, not meet herself coming and going, and just be able to paint.

Those are normal, sane desires, right?

Since I'm no mental health professional, I can't speak to the accuracy of the potrayal of the mental illness.

However, the show serves a positive purpose by putting it out there for people to examine in a different way. So often, people make off-the-cuff comments about someone being "bi-polar" or "schizo." This show sheds light on a family that loves each other and must cope.

And that reality happens outside the realm of TV Land every day. 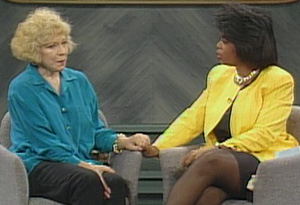 Oprah reminded me of some bits of truth in the show. From two interviews, I saw bits of Tara's character. Does anyone else remember Trudy Chase? She had 92 personalities. She wrote a book, and a movie was made.  Read about Trudy Chase here.  Kim Noble is another mother who has 20 personalities. Like Tara, she's an artist. Read about Kim Noble here.

So many people look for drama, but this show deals with drama in a (sometimes darkly) comedic way.